Interest rates stayed about the same this week .The following are excerpts from the newsletter on interest rates published by HSH Associates :

"A little more than a month ago, the Fed turned its hand toward direct manipulation of mortgage rates. The effort so far has resulted in little more than an eighth-percentage point decline in rates. However, the Fed is in some ways fighting to keep rates low against the hoped-for outcome of its extraordinary monetary policy -- a stronger economy. As such, rates are caught in a bit of a tug-of-war. 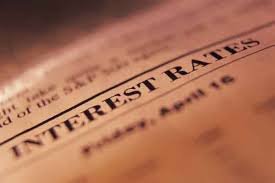 The Federal Reserve held its first policy meeting since launching QE3 this week. No policy changes were expected at the conclusion of the get-together, and none came. In the statement which accompanied the close of the meeting, the Fed noted that "economic activity has continued to expand at a moderate pace" and that "the housing sector has shown some further signs of improvement, albeit from a depressed level.". That's a marked change in language from as recently as August, when housing was characterized as "remains depressed". Low mortgage rates are of course a help to the housing market, especially in terms of refinancing, but are only a contributing factor for improvement in sales.

As we've noted in recent weeks, there are bright spots in the economy, an improving housing market and car sales among them, but still way too many unknown and unknowable factors for any declaration that we're on the road to a stronger recovery. With overseas slowdowns fully in play, manufacturing is unlikely to play as strong a role at the moment, and while the consumer sector is better than it was, it is only slowly picking up the baton to drive future growth. Still, a few more refinances and a few more home sale continue to help to break up the economic logjam, even if there's no reason to expect growth run as high as even 3% anytime soon.

For the most part, that means more of the same; on-going Fed intervention, low and stable mortgage and other interest rates and muted economic growth. Mortgage rates really have no place to go and are in no hurry to get there, so we'll continue to bounce around. Even if October doesn't build much on September overall, we will probably see a couple of basis point upward move in mortgage rates next week."

The following are interest rate quotes from Al Hermann of American California Financial: